From Legends of Aria Wiki
Jump to: navigation, search
The information in this article is up-to-date as of version Early Access v0.9.0.

The Miner Profession is part of the profession system added in Point Release 7. It is designed to take you through the various stages of using the Mining skill from being brand new to the skill to becoming a grandmaster*.

In order to progress through the Miner profession you will require the following skills:

There are 5 stages to the profession line Introduction, apprentice, Journeyman, Master and Grandmaster. Although if you already have a minimum of 30 skill in required skills you can skip the introduction quest. *(please note that as of Point Release 7 only the introduction & apprentice stages are available for this skill).

Learn to Mine (Introduction)[edit | edit source]

The following quest can be skipped if you already have 30 in the Mining Skill.

You must have a minimum of 30 skill to start this quest.

When you complete the quest you will receive a Light Mining Pick.

You must have a minimum of 60 skill to start this quest.

Unlocks a passive skill Brute I which increases bashing and piercing damage by 5%. 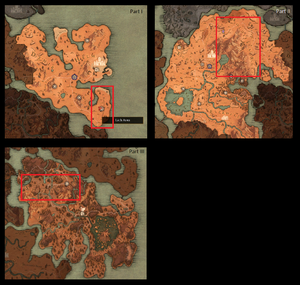 You must have a minimum of 80 skill to start this quest.

Unlocks a passive skill Brute II which increases bashing and piercing damage by 10%..